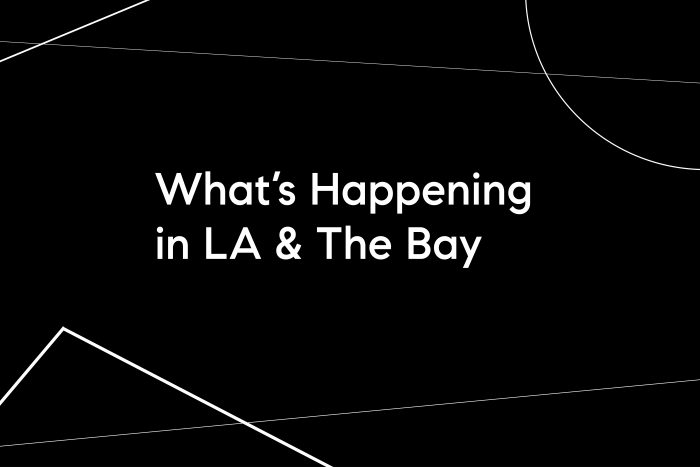 Her study of chimpanzees in the wild captured the world’s imagination. Now a transportive multimedia exhibition at the Natural History Museum gives you an immersive look at her work. Explore a life-size replica of her research tent … enter the wilds of Tanzania … and meet her in holograph form as she shares her memories. Safari gear optional.

LA’s LGBTQ bars are coming back

Like other nightlife venues, LGBTQ bars were hit hard by the pandemic—but they’re returning to life. Once just a WeHo thing, the scene has expanded to include spots in Silver Lake and DTLA, plus some lively pop-ups around town. Here are some of the places now back in business … and welcoming every letter of the alphabet to their dance floors.

Star Trek at the Skirball

It was destined to happen: a major exhibition showcasingStar Trek’s ongoing impact on world culture, art, and technology. Over 100 rare artifacts, set pieces and props from 55 daring years have been beamed down for this fully immersive show, including Sulu’s original console and one of just two existing phasers from Series I. It’s set to stun.

The nice thing about winters in Northern California: There’s actually a lot of beautiful sunny weather to enjoy in between the rain. So, take advantage of our temperate climate with one of these late fall/winter adventures suggested by 7×7. From hiking on Mt. Diablo to running along the Santa Cruz coastline to rock climbing at Pinnacles National Park, there’s plenty of activities to keep you busy until springtime.

Arcade fires up in S.F.

Arcade bars were on the rise in San Francisco before the pandemic. Now, one entrepreneur is betting big that trend will continue with Thriller Social Club. The new SoMa watering hole features a fun mishmash of old-school arcade and carnival games, in addition to big-ticket attractions such as a $85,000 golf simulator (the same one used by Tiger Woods and Steph Curry). Don’t forget to order the Thrillerdog, a foot-plus-long hot dog loaded with sour cream, cheddar, bacon, chives, and potato sticks.

Design revealed at the de Young

Don’t feel bad if you haven’t heard of him: Patrick Kelly isn’t a household name in the fashion world. The de Young museum hopes to change that through its new exhibit,Runway of Love, that spotlights the life and work of this trailblazing artist and designer—including 80 head-to-toe examples from his colorful collection.

San Francisco’s neighbor to the north, Marin County is well-known in Bay Area circles as being home to some of the most breathtaking—and accessible—views in northern California. Here are five of the most awe-inspiring locales, including Tennessee Valley, Bolinas-Fairfax Ridge, and the Marin Headlands.